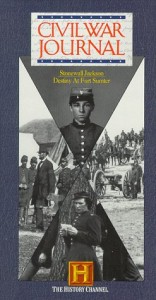 Walter hosted a video presentation, Civil War Journal from the History Channel. This episode was titled “Sherman and the March to the Sea.” This video is part of an acclaimed series from The History Channel that chronicles the American Civil War. The series uses archival photographs, diaries, articles, re-enactments, and scholarly commentary to tell the story of the War Between the States. This episode chronicles General William Tecumseh Sherman’s march to the sea. Leaving Atlanta in flames and ashes, Sherman’s troops waged a scorched earth campaign from there to the coast, disheartening the Confederacy. Hosted by Danny Glover and produced by The History Channel.