Bruce Henderson on “Hero Found: The Greatest POW Escape of the Vietnam War” 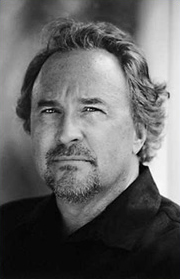 The latest national bestseller from the #1 New York Times bestselling author, Bruce Henderson, Hero Found is the incredible but true story of Dieter Dengler, with whom Henderson served aboard the aircraft carrier USS Ranger during the Vietnam War. This amazing story of triumph over seemingly insurmountable odds has been filmed by Werner Herzog as both a documentary (Little Dieter Needs to Fly) and a motion picture (Rescue Dawn, starring Christian Bale).

Meeting description to be provided.

Instead of a lecture in November, we had a walking tour of of the Union Cemetery in Redwood City, conducted by Dr. John Edmonds (our August speaker). John has been one of the leaders most responsible for the revitalization of the cemetery and has interesting stories to share about many of the residents.

Jack presented a series of vignettes about San Francisco in the 1850s and 1860s.

The population was young, primarily male, with ready access to weapons. A city governed by corrupt officials and living in a situation of semi-anarchy.