Tom Christianson on “John T. Wilder and the Battle of Chickamauga” 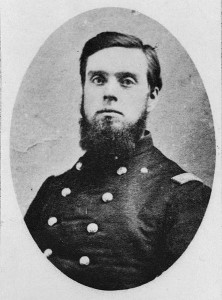 Tom, a retired Army lieutenant colonel, gave a spirited presentation on Col. John T. Wilder, who led the Lightning Brigade in the Tullahoma Campaign and the battle of Chickamauga. He talked about Wilder’s brigade evaluating repeating rifles and procuring their own horses and mules. He discussed the battle action of the brigade, culminating in the embarrassing incident in which Assistant Secretary Of War Charles A. Dana insisted that Wilder provide him escort to Chattanooga.