Jim Rhetta on “Attack and Die, Cultural Influences on Combat in the Civil War” 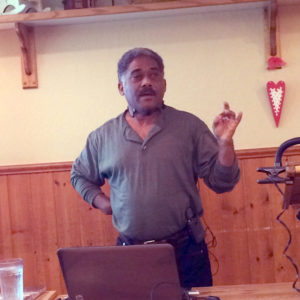 The Civil War was also a war between two cultures, Celtic and English (again) and each had cultural influences on the attitudes toward war and how it was to be conducted. Jim’s presentation highlighted the cultural differences and identify their impacts on conduct of the Civil War.