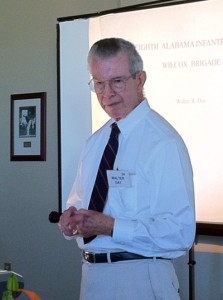 Why is this operation important to study? This operation was planned and executed almost perfectly with 181 men in six gliders capturing two bridges spanning the Orne River and the Caen Canal intact!

The assaulting force suffered one fatality. Having visited the site and seen the bridges and gliders, it is very impressive what this small force was able to do.

Walter Day is a microwave engineer who has worked in the Bay Area for 45 years.  He has served as President of the PCWRT and is presently the Program Chairman. He has studied the Civil War since he was a teen and has researched his Great-Grandfather’s service with the Army of Northern Virginia. Having served as an officer in the U.S.Navy he has a more than passing interest in Naval actions of the Civil War.