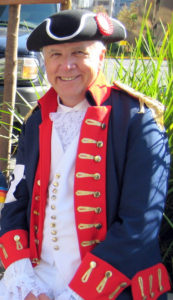 Walter Day hosts “Spotsylvania Courthouse: The Clash of Grant and Lee at the Crossroads”

Walter hosted the Wide Awake Films documentary. For nearly two weeks in 1864, the titans of the Civil War—Robert E. Lee and Ulysses S. Grant—clashed violently, for the first time, at the crossroads of Spotsylvania Courthouse, Virginia. Recorded during the 140th anniversary reenactment of Spotsylvania, this film highlights thousands of reenactors in a variety of media formats, from the ultra high resolution of high-definition video to the authenticity of archival looking film. Utilizing Wide Awake Films signature Civil War Combat Cameraman footage, Spotsylvania Courthouse is the first documentary of its kind. Winner of 2006 Telly Award. 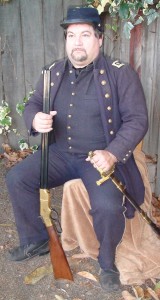 Meg Groeling on “Lincoln on the Third Ballot!: The 1860 Republican Convention” 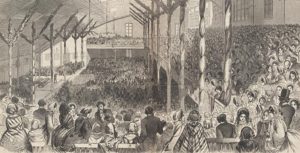 Meg Groeling just laughs at the antics of current politicians, knowing they pale when compared with folks from the past. One of the most famous “brokered” conventions was the one held in the Wigwam, in Chicago, in 1860. Champagne, oysters, promises made and hearts broken–all while Elmer Ellsworth’s Chicago Zouaves performed on the stage, keeping the doors open and giving David Davis and Ward Hill Lamon time to wheel and deal. We at least got Abraham Lincoln out of it! Who knows what will happen this time? Plus she is bringing Lincoln/Hamlin campaign ribbons! Maybe Harry’s Hofbrau will supply the champagne . . . 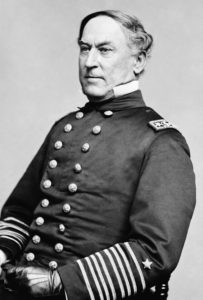 Farragut was raised in the south and married into a Virginia family that supported secession. When Virginia left the Union, Farragut and his wife had to decide within 24 hours which action to take. Farragut decided to support the Union; he and his wife went to New York. At the age of 60 Farragut brought 50 years of naval experience to the U.S. Navy. Jack’s presentation was the story of the man and his career. 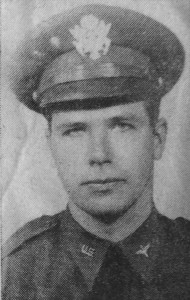 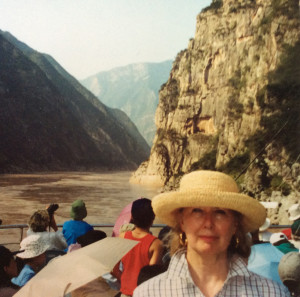 Dana Lombardy on “1914: Firepower and Maneuver in the West”

Could Germany have won the Great War in 1914 or was their strategic plan doomed to failure?

The popular impressions of World War One on the Western Front are usually of the stalemate of trench warfare. But it did not start that way. There was open warfare for the first two months, with German armies nearly reaching Paris before they were stopped. Trench warfare also earned more than one general the sobriquet of “donkey” who led lions, but in 1914 about one-third of the French and German generals were replaced or fired for failing to meet expectations. Why did the German armies nearly win, and why did they ultimately lose in 1914? Dana Lombardy presented a new look at the critical first 45 days of the war in the West.

Jack presented a wide-ranging look at the issues of U.S. History and the teaching of same, starting with Parsin Weems, then Charles and Mary Beard, and ending with James McPherson and the Texas Board of Education. Jack will include themes such as “manifest destiny,” “no frontier,” “the melting pot,” “courses and results of the civil war,” and more.

Current issues include removal of statues, renaming of buildings, and activism on the college campus.

BYOB (bring your own bias!)